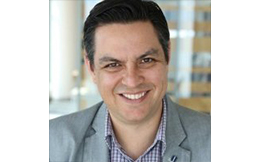 Kelrick Martin is Head of Indigenous, ABC TV, and was formerly responsible for managing all Indigenous funding programs, initiatives, and projects for ScreenWest. He has more than 20 years media experience within the screen industry including as CEO Spear Point Productions, Commissioning Editor National Indigenous Television (NITV), Producer ABC Television and Producer/Presenter with ABC Radio National. He directed and co-produced the award-winning SBS documentary musical Prison Songs, as well as the documentary series Outside Chance and documentary Yagan.

Kelrick will be hosting a Roundtable representing ABC Indigenous at this year’s SCREEN FOREVER Conference.

We are unwavering in our commitment to providing a platform for Indigenous voices to be heard.