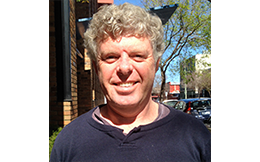 Stephen Luby has worked as a film and television producer for over 25 years. Credits include sketch comedies such as Full Frontal , Jimeoin and Big Girl’s Blouse , 4 feature films including the classic hit comedy Crackerjack.  Drama series credits include the Murray Whelan telemovies starring David Wenham for Seven, 3 seasons of Bed of Roses starring Kerry Armstrong for the ABC, and most recently the acclaimed mini-series The Secret River, which won both the SPA Award and the Logie Award for best mini-series/telemovie of 2015.