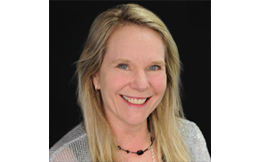 From 2003 – 2009 Lori worked at the AFC, the federal government funding agency and was promoted to Director of Development.

Lori was appointed General Manager of the Motion Picture Distributors Association in 2010.  In July 2012 she took on the additional role of Executive Director of Creative Content Australia, a not-for-profit organisation committed to promoting the value of screen content and the impact of piracy.

Lori is a graduate of the Australian Institute of Company Directors.

Deep data drives audiences to cinemas Screenwriter William Goldman’s “Nobody knows anything” just doesn’t hold up in an era rich with research, data and metrics.  Australian distributors and exhibitors are using data to understand what cinema audiences want and expect.  Mining box office statistics and disclosing data about cinema-going habits, this session will shed light […]