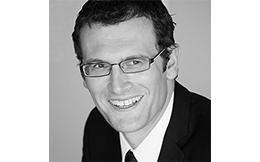 Mike has been with Screen Australia since it was founded in 2008 and before that with predecessor agency the Australian Film Commission since 2005. In his role as Investment Manager at the Federal Government’s key screen agency, Mike has managed many award-winning projects including online content, TV series, feature films, apps, interactive drama & documentary, and video games, and conceived and ran many initiatives, conferences, and training opportunities. Mike has special responsibility for innovative digital production, exploring new platforms, finance, and revenue models. Amongst several special programs, Mike initiated and managed SKIP AHEAD with Google/YouTube to support content creators to grow online subscribers, and FRESH BLOOD with ABC TV/iview to find the next wave of comedy filmmaking talent. Prior to joining the agency, Mike has held positions with the UK Film Council and the South Australian Film Corporation, and worked with production companies Picture Palace North (UK) and Monkeystack.
Mike’s commitment to unique and remarkable talent, coupled with his creative judgement and enviable knowledge of current trends in international production will make him an invaluable asset at Princess Pictures.

In Conversation with Sam Toles

“I am so glad we could attract Sam to join MGM. He is an innovative thinker and has his finger on the pulse of what’s next.” – Mark Burnett, MGM’s President, Television Group Sam Toles is MGM’s Senior Vice President of Digital & New Platforms. In this newly created position, Toles leads the studio’s efforts […]