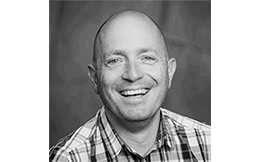 Paul joined Princess Pictures in 2012 and has been a part of the international film industry for almost 30 years. He is a passionate producer, loves creative people, and relishes the chance to challenge traditional creative parameters.

Prodigious British shows such as Heartbeat, A Touch of Frost and Casualty fill his resume, as well as feature films, including Macbeth (Sam Worthington), Charlie and Boots (Paul Hogan, Shane Jacobson), Long Weekend (Jim Caviezel) and I Love You Too (Peter Dinklage). Paul’s in-depth production experience, coupled with his creative vision and leadership qualities is reflected through every project in which he partakes.

Appointed as Head of Production at Princess Pictures, Paul’s role cements a relationship with the company, which started when he worked on Princess Pictures’ first feature film, I Love You Too. Paul has been a Producer on various projects for Princess Pictures including It’s A Date, It’s A Date 2, Stand Up @ Bella Union, 8MMM and The Divorce.  Most recently, Paul produced Foxtel’s Open Slather, a 20-episode sketch comedy series for the Comedy Channel, which became Foxtel’s highest rating series launch to date.

Paul will be hosting a Roundtable at this year’s SCREEN FOREVER Conference.