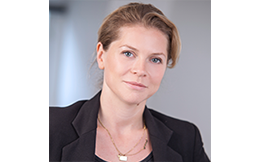 Pippa Lambert is an agent at Endeavor Content, a division of global entertainment leader Endeavor (formerly WME | IMG).  In her role, Lambert focuses on global television sales and packaging on behalf of some of the world’s leading artists and content creators.

Endeavor Content finances, packages and sells over 100 feature films and television series a year.  In film recent projects include five of the nine films nominated for Best Picture at the 2017 Academy Awards: “Arrival,” “Fences,” “Hell or High Water,” “La La Land” and “Manchester by the Sea.” In television they include Emmy and Golden-Globe winning drama “The Night Manager,” the Emmy-nominated programs “Chef’s Table” and “The Young Pope,” the critically acclaimed “Top of the Lake: China Girl,” global hit “The Grand Tour,” Beau Willimon’s new series “The First,” and Damien Chazelle’s upcoming project “The Eddy.”

Open to all genres but focused on original ideas or IP that will deliver premium TV projects for global audiences. Examples of shows we have recently worked on: The Night Manager, The Young Pope, Dirk Gently, Alias Grace. Upcoming projects include Killing Eve (Phoebe Waller Bridge) and The First (Beau Willimon). Focus on drama but open to comedy.