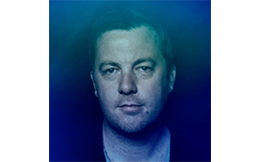 Luke Rivett grew up in the picturesque western suburbs of Melbourne, Australia. Having fallen in love with the world of cinema at a young age, Rivett took the tried and tested route into the film industry… working in his local video store. From there, he graduated to usher at a movie theatre in downtown Melbourne and then made a leap into the business side of the film industry as an Account Manager for Buena Vista International (Australia). Rivett then relocated to Los Angeles in 2003, where he started as an assistant at Anonymous Content. He has since moved up the ranks and is now a literary manager where he represents writers and directors such as Michael Roskam (Bullhead, The Drop), Macon Blair (I Don’t Feel at Home in This World Anymore), Edward Berger (Deutschland ’83), James Napier Robertson (The Dark Horse, Romper Stomper – TV) and Francis Lee (God’s Own Country).  Under the Anonymous Content banner, he has produced SCENIC ROUTE, starring Josh Duhamel and Dan Fogler, which premiered at SXSW 2013, and EVERLY, starring Salma Hayek directed by Joe Lynch. He is currently an executive producer on BERLIN STATION for EPIX and Paramount Television, and has just wrapped filming on THE TOMORROW MAN, starring John Lithgow and Blythe Danner, directed by Noble Jones.

Luke will be hosting a Roundtable at this year’s SCREEN FOREVER Conference.

Luke is open to both Film and Television pitches skewed to drama/thriller.