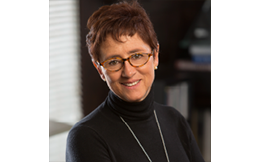 Judi Levine’s international producing career includes feature films, television mini-series and documentaries, and she has been associated with award-winning film projects since her first short feature PLEAD GUILTY, GET A BOND won an AFI award for Best Screenplay in a Short Film.

Levine produced the THE SESSIONS starring Oscar-winner Helen Hunt, and Oscar nominees John Hawkes and William H. Macy. The film won numerous international awards that included audience and acting awards at the 2012 Sundance Film Festival, the 2013 San Sebastian and Mill Valley Film Festivals and the 2013 Spirit Awards, as well as acting nominations at the 2013 Golden Globes and Oscars.

Levine is currently co-producing THE CATCHER WAS A SPY, an American WWII drama with a stellar cast including Paul Rudd, Paul Giamatti, Jeff Daniels, Guy Pearce and Sienna Miller.

Levine is in development on a number of projects that include two romantic comedies, a drama about renowned Australian composer Percy Grainger, a dramedy about the lengths we will go to save the life of a child, and a documentary about a group of indigenous teens who raised enough money for a trip to Hollywood.

Levine also tours with her JUMP START TO HOLLYWOOD seminars, aimed at helping aspiring artists find an easier path to establishing themselves in Hollywood.