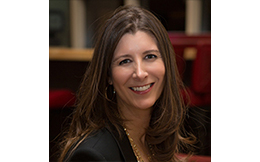 Andrea Szew is the founder and managing attorney of the prestigious law firm Szew Law Group, which specializes in US immigration and related international business issues.

Andrea has become known as an international advisor, speaker, and writer on immigration and related business issues for individuals and companies coming to the United States from abroad. For over 15 years, she has specialized in US immigration law within the world of Entertainment for both the film and music industries in the USA, UK, and Australia, among others. As a regular writer for Inside Film Magazine, along with speaking for organizations like APRA AMCOS, the demand for her expertise in the area has grown exponentially due to her extensive experience managing Szew Law Group, which has excelled at obtaining visas for hundreds of artists, producers, production companies and crew members throughout the worldwide entertainment industry (including music, motion picture, television, and live stage productions).  In addition to being an expert in the field of immigration, Andrea has an extensive background in tax, after working for the prestigious PricewaterhouseCoopers, which enables her to advise foreign talent and crew beyond initial working visas and further on common tax and withholding issues. She also closely strategizes and advises all types of foreign businesses, including production companies, on best practices in moving into the US market.

Andrea is attending SPA’s Screen Forever Conference to talk about recent changes in the US Government with the election of President Trump, which has prompted immense demand for her advice regarding the state of immigration and obtaining working visas in the US. There has been an obvious shift in policy and adjudication of visa petitions that have changed the face of US immigration. Andrea consistently advocates and supports the need to focus on the positive side of immigration and, in turn, works every day to protect and secure the continued issuance of visas to deserving individuals and businesses worldwide.

With a background as an attorney for almost 20 years, Andrea has focused exclusively on immigration for the last 15.  Andrea is located in Los Angeles, but works with clients and talent worldwide. To learn more about Andrea Szew and her firm Szew Law Group, please visit www.szewlaw.com

Andrea will be hosting a Roundtable at this year’s SCREEN FOREVER Conference, representing Szew Law Group.