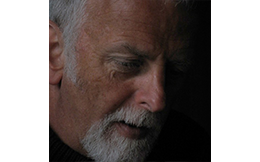 Andrew Knight is a multi-award-winning Australian TV writer and producer of film and television.

In 2000 he formed Cornerstore Films, which has produced three major television series including the award-winning After the Deluge, which Andrew wrote and produced.

Andrew has written for all series of ABC’s award-winning Rake, including the recently released fourth series, which he co-wrote with Peter Duncan. Andrew also writes and has co-produced for Essential Media’s Jack Irish Series, having written the first Jack Irish telemovie and serving as Executive Producer for following telemovies Jack Irish: Black Tide and Jack Irish: Dead Point.

Andrew co-produced and wrote The Broken Shore, produced and wrote Siam Sunset for Artist Services, and wrote telemovie Mumbo Jumbo. Andrew won both an AFI and AWGIE Award for his work on After The Deluge. He has also been involved in some of Australia’s most iconic comedy, co-producing and writing for Fast Forward, The D-Generation and writing for Full Frontal. He was co-creator, principal writer and executive producer of the ABC’s immensely popular drama Seachange.

The Water Diviner (starring and directed by Russell Crowe) was co-written with Andrew Anastasios in 2014. He is working with Anastasios again on The Cartographer for South Pacific Features.

In 2015, Andrew was the recipient of the AACTA Longford Lyell Award which recognises those who have made a truly “outstanding contribution to the enrichment of Australia’s screen environment and culture”.