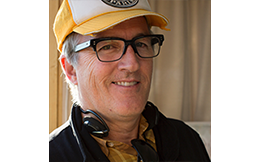 Davies’ screenplay LION, directed by Garth Davis (Top of the Lake), stars Dev Patel, Nicole Kidman and Rooney Mara, and was produced by See Saw Films (Oscar-winning producers of The King’s Speech). In May 2014, after a bidding war at the Cannes Film Festival, worldwide rights to LION were purchased for $13 million by The Weinstein Company – based on the screenplay alone, and without any cast in place.

Davies’ screenplay LIFE, about the friendship between James Dean and Life magazine photographer Dennis Stock, was directed by Anton Corbijn and stars Robert Pattinson, Dane DeHaan, Joel Edgerton and Sir Ben Kingsley. It premiered at the Berlin Film Festival in 2015.

Davies has written (and will showrun, with director David Michôd) a television mini-series adaptation of the Joseph Heller novel CATCH-22, produced by Anonymous Content and Paramount Television.

NEWS OF THE WORLD, Davies’ next feature project, is an adaptation of Paulette Jiles’ best-selling novel, and is set up at Fox 2000, with Gail Mutrux and Tom Hanks / Playtone producing; Tom Hanks will star in the lead role.

Davies’ novels are the cult best-seller CANDY, ISABELLE THE NAVIGATOR and GOD OF SPEED. CANDY was shortlisted for Australia’s NSW Premier’s Awards and published in France, Spain, Germany, Israel, Greece, the UK and USA. GOD OF SPEED was published in the US in 2014.

Davies adapted CANDY for the screen with director Neil Armfield. The film starred the late Heath Ledger, Abbie Cornish and Geoffrey Rush, and premiered in competition at the Berlin Film Festival. Davies won both an AWGIE Award (Australia’s WGA Award) and an AACTA Award (Australia’s Oscar) for Best Adapted Screenplay for CANDY.

Davies is a long-term film critic for the Australian magazine The Monthly, as well as an occasional book reviewer and essayist for other magazines and newspapers. His memoir/essay THE CISCO KID was nominated for a Southern California Journalism Award with the Los Angeles Press Club. He has featured, as a storyteller, on the award-winning NPR (National Public Radio) programs THIS AMERICAN LIFE and UNFICTIONAL.

Davies has published five volumes of poetry (the latest, INTERFERON PSALMS, won the inaugural Prime Minister’s Literary Award for Poetry, at $80,000 Australia’s largest and most prestigious literary prize). His poetry collection TOTEM won the South Australian Premier’s Literary Award for Poetry, the Age Poetry Book of the Year and the overall Age Book of the Year Award, an unusual feat for a book of poetry. In 2004 Davies was also awarded the Philip Hodgins Memorial Medal for Poetry. His volume ABSOLUTE EVENT HORIZON was shortlisted for the National Book Council Poetry Prize. RUNNING WITH LIGHT won the Judith Wright Poetry Prize at the Queensland Premier’s Literary Awards.

In 2010 Davies also won Australia’s top essay prize, the John Curtin Prize for Best Essay, at the Victorian Premier’s Literary Awards, for his 15,000 word Monthly essay THE PENALTY IS DEATH, about the lives inside of Andrew Chan and Myuran Sukamaran, two drug runners on Bali’s death row. (They would be executed by firing squad, to great public controversy, in 2015.)

Davies’ children’s book MAGPIE was published by ABC Books in 2010. His play STAG was produced for the Sydney Theatre Company’s Wharf2Loud stage in 2006.