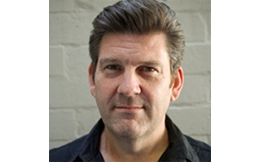 Bryan has had a long career as a writer, director and producer. He’s worked for Australian TV networks, the ABC, Channel 7, 9 and 10 networks as both a writer and producer and has created and developed TV content from paper to screen.

Bryan had been working at the Nine Network in Australia as an Executive Producer for over 10 years when he decided to leave to open his own production company, The Full Box P/L.

The first production for The Full Box was a documentary series, Tough Nuts – Australia’s Hardest Criminals. Bryan was creator, writer and Executive Producer. Two series were commissioned by Foxtel (16 x 1hrs) and aired on Crime + Investigation Channel in Australia and currently airing on the Nine Network as Australian Crime Stories.

Tough Nuts has been sold internationally and was nominated for an ASTRA award in the Best Documentary category.

TFB also produced the factual crime series The Kangaroo Gang:Thieves by Appointment’ which Bryan co-wrote and produced. The series was commissioned by the BBCW and went to air on UKTV, BBC Knowledge and ABC Australia. The Kangaroo Gang has been broadcast around the world.

In 2016-17 Bryan was EP, Director and co-writer of the documentary series for Cyberhate with Tara Moss, which was commissioned by the ABC Australia. Author, journalist, TV presenter and human rights advocate Tara Moss presented the series and  was Bryan’s co-writer and EP.

In 2015-16 The Full Box produced 2 series of a lifestyle and entertainment show ‘Let’s do Coffee’ that has aired on Network TEN and Ch ONE. Bryan created, wrote and directed the two series that are currently being broadcast in South East Asia and throughout Europe.

Bryan is a member of the International Academy of Television Arts and Sciences, SPA and AACTA and as a producer Bryan has been nominated for both Logie and Astra Awards.

With splintered markets, smaller budgets and ‘disrupted’ business models, ‘indies’ are more vulnerable than ever.  This session will discuss strategies for self-reliance and collaboration, erosion of rights, contract negotiations and cutting the red-tape and how to support independent producers to flourish  and not disappear. Speakers: Nicholas Cole – Legal Practitioner Director, Cole Media & Entertainment Law […]