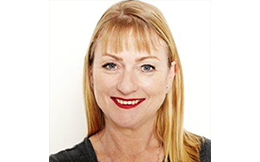 Sally Regan is Senior Manager, Screen Investment at Create NSW and has over 30 years experience working in the screen production sector.  She has produced film and television in Australia, Europe, Asia and America and was Drama Investment Manager at Screen Australia.

Previously, Sally worked as a Development and Production Executive at Screen NSW working across documentary, features and television drama and she was, from 1999 to 2003, Business Affairs Manager of Documentary Production at Film Australia, responsible for over production of over $6 million a year.

Her producer credits include the multi-award winning theatrical feature documentary thriller Forbidden Lie$ and she also co-produced the international Russell Crowe-featured series The Colour Of War, and produced the ABC documentaries National Treasures, Korean ANZAC, Peter Berner’s Loaded Brush, Road To Tokyo and Nerves of Steel, amongst others.

In 2007 Sally was awarded The Screen Producers Association Independent Documentary Producer of the Year Award and she was also awarded the Kenneth Myer Fellowship upon graduation from the Australian Film Television and Radio School (BA 1994).

With splintered markets, smaller budgets and ‘disrupted’ business models, ‘indies’ are more vulnerable than ever.  This session will discuss strategies for self-reliance and collaboration, erosion of rights, contract negotiations and cutting the red-tape and how to support independent producers to flourish  and not disappear. Speakers: Nicholas Cole – Legal Practitioner Director, Cole Media & Entertainment Law […]