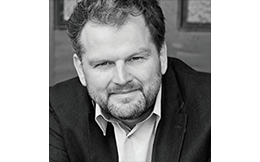 Ivan O’Mahoney is the co-founder of independent production company In Films, the team behind award-winning factual programs like The Queen & Zak Grieve (The Australian/Foxtel); Hitting Home (ABC); Matilda & Me (ABC); Caged (SBS) and Borderland (Al Jazeera).

Ivan’s other acclaimed projects include Baghdad High, about teenagers in Iraq (HBO); ‘How To Plan a Revolution,’ following democracy activists in Azerbaijan (BBC) and ‘Surviving Hunger,’ a film on famine in Ethiopia (CNN).

Ivan will be hosting a Roundtable at this years SCREEN FOREVER Conference.

In Films is currently looking for high end documentaries ideas, with a focus on gritty national (social justice) issues and the arts. Our projects include ABC’s Hitting Home (on domestic violence), The Queen & Zak Grieve (a miscarriage of justice series for the Australian online & Foxtel); Borderland (a series on illegal immigration for Al Jazeera), Matilda & Me (on Tim Minchin and the musical that made him famous) and Making Muriel (on the making of Muriel’s Wedding the Musical). Ideas can be presenter-led or observational, as long as they have the ability to shock and awe. We love good access-driven films as well. We have a specific interest at the moment in true crime, but only if the story allows us to explore wider societal issues (so not just ‘who did it?).