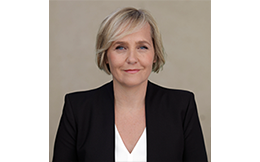 At Four Corners Sarah won two Walkleys and the Gold Walkley in 2011 for ‘ A Bloody Business’, four Logies for Most Outstanding Public Affairs Report in 2010, 2011,2012 and 2013, the Melbourne press Club Gold Quill in 2013 as well as the George Munster award and the Queensland Premier’s Literary Award. These were for a series of reports on people smuggling, live export and the culture of rugby league.