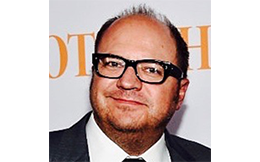 Australian-born Producer Peter Lawson has built an award-winning and profitable career over the past two decades, collaborating with top directing, producing, and acting talent. This has resulted in more than $1 Billion in Worldwide Box Office revenue, more than 60 feature films, 15 Academy Award and 11 Golden Globe nominations, four Oscar and four Golden Globe wins, including Best Picture, Best Actress and Best Screenplay on movies overseen as a Production Executive/Executive Producer.

Peter founded Steel Springs Pictures in early 2016. Steel Springs mission is to create content with global appeal that emphasizes on transcendent true-life stories, high profile political material and filmmaker discoveries. He oversees all company operations as well as a diverse slate of film and television projects soon to be announced.

Peter will be hosting a Roundtable at this year’s SCREEN FOREVER Conference, talking all things development!

Peter is looking for film and tv pitches that are drama, thriller or comedy genre based.

Peter is not interested in Documentaries or Children’s Film / TV.

Three of the sharpest global screen minds unpack the definitions and boundaries that are challenging the constraints of creativity, diversity and form in screened entertainment. Issues to be discussed include What defines a film?; the death of the mid-range feature and diversity in front of and behind the camera – how to be the harbinger […]