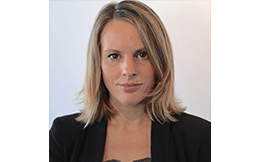 Jo Austin, Founder and Executive Producer of Sydney-based Candid Films, has been in the production industry for over 15 years. Starting her career in television in the UK, Jo worked on ground-breaking factual programmes including Long Way Round with Ewan McGregor and ITV’s Clothes Show Live.

Jo arrived in Sydney in 2004 and worked as a freelancer before founding Candid Films in 2011.  As a proven multi-platform Producer Jo has delivered two feature films, three short films, produced and directed two multi-episode series for the National Geographic Channel, and has delivered an array of branded content clips and TV commercials.  Candid Films’s award highlights include a Cannes Lion for the Air New Zealand “Kiwi Sceptics” branded content series and an Effie Award for the Cure Brain Cancer Foundation TVC in 2015.