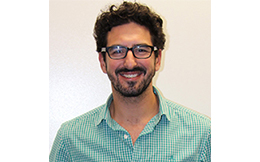 Josh Butt is a multi-award winning producer of television, commercials, comedy and audio with over 20 years experience. In June 2017, Josh began a new role with Dentsu Aegis Network’s, The Story Lab, as Head of Program Formats and Development, focusing on bringing global and local television formats to networks and brands in Australia. Prior to his role with The Story Lab, Josh was head of production at Mediacom Beyond Advertising, leading production of brand funded TV shows (Air Rescue, Firies, Storm Season), TVCs and commercial films for brands including: Westpac, Duracell, NRMA Insurance, EA, Foxtel, Transport NSW, Qld Health, Princess Cruises and more. He’s previously produced a podcast for Nova FM called Modern Babies, worked at ABC, Fairfax, Triple M, taught 2nd year Film Producing, regularly performs voiceovers and spent 4 years as a stand up/sketch comic. Josh studied at the Victorian College of the Arts and Monash University and is also a judge of the Cast Away Podcast awards.

Josh’s role at The Story Lab is to produce global formats of TSL shows with networks, create/develop/finance new formats with local production companies and drama projects to distribute globally via the Story Lab network. Josh is also responsible for brand funded programming (AFP) within The Story Lab.

Josh will be hosting a Roundtable at this year’s SCREEN FOREVER Conference.

The Story Lab is a premium entertainment content business.

We are seeking to work with established and emerging producers of TV formats, comedy and drama.

Must have produced at least 1 series that’s aired on TV.

We are also looking to work with established film producers with at least 1 film under their belt.

We are looking for family drama, historical drama, people dealing with zeitgeist issues.

Director and 1 main cast member would need to be attached (or close to) and script would have to be written.

Local distributor need not be attached (but it would be preferred); global sales rights would need to be available.

What we’re not looking for is anything horror, zombie, scary or genre.

Head of Program Formats and Development

BRANDS AND THE POWER OF ENTERTAINMENT

A marriage made in Heaven or… Hell… “We now inhabit a world where the notion of  what entertains us and what entertainment “is” is constantly shifting and evolving from blockbuster movies to fleeting memes, binge box set viewing and sporting events and multiplayer gaming. However, amid this rapid expansion its easy to lose sight of […]