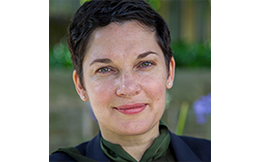 Sarah Keith has been described as a FIFO worker.

Another explanation is that she is old

Sarah started in sales but has since moved into pricing, operational and then strategy roles. The most left of centre role has had was at Fox Sports where unexpectedly she became known as the queen of pay per view and had to negotiate revenue splits with Danny Green, Anthony Mundine and the world famous Dana White from UFC.

Her relatively new agency role has been an eye opening, mind bending challenge. Ask her why in the coffee break.

No point really asking her what she does outside of work, her vintage has no dimmer switch, just on or off.

BRANDS AND THE POWER OF ENTERTAINMENT

A marriage made in Heaven or… Hell… “We now inhabit a world where the notion of  what entertains us and what entertainment “is” is constantly shifting and evolving from blockbuster movies to fleeting memes, binge box set viewing and sporting events and multiplayer gaming. However, amid this rapid expansion its easy to lose sight of […]