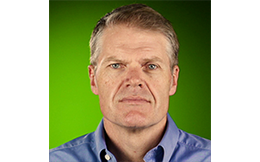 Mike has a B Sc. in CGI and Pure Maths from the University of Sydney where he also did his Masters and currently has a PhD Fellowship. His research is into using interactive realtime photoreal faces in new forms of Human Computer Interfaces (HCI) and communications.

Mike has worked in R&D and in Visual effects production, winning an AFI and being nominated for an Emmy. He has worked as a compositor, vfx supervisor and second unit director on various TV shows.  He has run major post houses in Sydney and freelanced Internationally. He is perhaps best known for his work as a writer, consultant and educator with the web sites fxguide and fxphd. Now with huge followings, these sites provide an important link between the film and vfx community and the researchers and innovators who constantly push the limits of technology.

Mike has lectured at SIGGRAPH, CVMP and SMPTE. Most recently at SIGGRAPH 2017 in LA with Epic Games, Cubic Motion, Tencent, 3Lateral and Loom.ai on a major realtime Virtual Humans project. He is a lecturer and researcher at Sydney University, and he can also regularly can be heard on the company’s own podcasts such as the the vfxshow, as well as having contributed to News Corp, the BBC (radio) and Wired Magazine (Condé Nast). Mike works in Sydney, but has previously worked in Hollywood and London. He is known internationally and makes a mean Margarita which is a required skill in fxguide.

Futurist Mark Pesce has described the times we are in as “the last days of reality”. Well beyond virtual or augmented reality, technology has now truly entered the realm of storytelling, character creation and experiences. Mike Seymour uses advanced technology to create computer generated humans, virtually indistinguishable from filmed reality; while Scott O’Brien seeks to […]