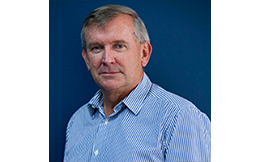 Having spent his career working in the media, holding senior management positions with Network TEN, Bob Campbell was appointed Managing Director and CEO of the Seven Network in 1987, a position he held until 1995.

Forming Screentime in 1996 with Des Monaghan, the television production company is a member of the Banijay Group and has operations in Australia and New Zealand. With productions in all genres including telemovies, miniseries, long form drama, comedy, serial drama, reality, factual and documentary, Screentime also produces formats which are owned by the group in over 40 countries.

Screentime has produced many of Australia’s most celebrated drama productions including the multi-award winning Janet King and ANZAC Girls for ABC TV, Fat Tony & Co and the Underbelly franchise for the NINE Network, the critically acclaimed miniseries Tim Winton’s Cloudstreet, Crownies for ABC TV and Brothers In Arms for Network TEN.

Screentime has also produced six seasons of the top-rating series RBT for the NINE Network, as well as the observational documentary series Outback Coroner for Foxtel’s Crime & Investigation Network. The company also produced Taking On The Chocolate Frog for STUDIO and two series of Village Vets Australia for the LifeStyle Channel. More recently, Screentime produced Flying Miners, Outback ER, Stop Laughing … this is serious and How Not To Behave for ABC TV.