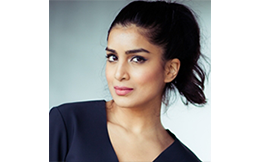 Pallavi Sharda is an Australian-Indian film and theatre actress and one of Bollywood’s leading ladies.

In 2017 Pallavi made her Australian television drama debut, playing the central role of Tanya Kalchuri in the acclaimed ABC medical series PULSE alongside Claire Van der Boom, Andrea Demetriades, Owen Teale and Liam McIntyre. Prior to that she appeared in the Oscar nominated film LION opposite Dev Patel and Rooney Mara and starred in celebrated Indian director Srijit Mukherji’s feature BEGUM JAAN.

Pallavi graduated with honours in Law, Media and Communications and French at the University of Melbourne before moving to Mumbai in 2010 to pursue a Bollywood career. Her breakthrough role came in the 2013 Bollywood film BESHARAM, in which she starred opposite Ranbir Kapoor. She followed this with a critically acclaimed performance in Vibhu Puri’s feature HAWAIZAADA. Her other Bollywood credits include DUS TOLA, LOVE BREAKUPS ZINDAGI and MY NAME IS KHAN.

As a presenter, Pallavi has appeared as a panelist on the popular ABC series Q&A and joined SONY ESPN’s team as their new face for the Indian Premier League in 2016.

An advocate for the promotion of India-Australia relations and strengthening intercultural links between the two countries, Pallavi works extensively with NGOs in India to promote the empowerment of women. Recently the keynote speaker at the Asia Education Foundation’s National Conference in Sydney, Pallavi is also on the board of advisors for E- Kutir, a socially focussed enterprise based out of Odissa. Pallavi was an ambassador for ‘OZ FEST’ in 2012-2013, Australia’s largest cultural festival in India, and in 2015 she was named Queen of ‘Moomba’, Melbourne’s iconic cultural festival, alongside cricket’s ‘Spin King’ Shane Warne.

Pallavi is currently writing a memoir called ‘Which Way to Bombay’ about her cross cultural experiences as an Indian Australian and her journey from Melbourne to becoming a leading lady in Bollywood.