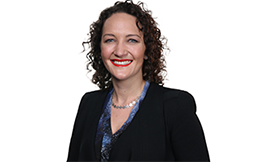 Georgina Downer is an Adjunct Fellow at the Institute of Public Affairs. Georgina has extensive experience in foreign policy, most recently as the Director of Asialink Diplomacy at the University of Melbourne. Previously, she was a diplomat at the Australian Embassy in Tokyo, Japan, and occupied various positions at the Department of Foreign Affairs and Trade in Canberra. Georgina has also worked as a corporate lawyer at Minter Ellison Lawyers in Melbourne, and as a researcher for US Senator Chuck Hagel and the Baroness Howe of Idlicote in the House of Lords, UK. Georgina regularly appears on television, radio and in print as a commentator on Australian politics and foreign policy. She is a member of the Victorian Liberal Party’s Administrative Committee and a director of the Indigenous arts project, The Torch. Georgina has degrees in Commerce and Law from the University of Melbourne. She was awarded a UK Foreign and Commonwealth Office Chevening Scholarship and holds a Masters in Public International Law from the London School of Economics. She speaks Japanese and French.