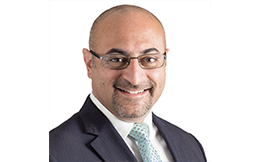 Peter was elected as the member for Wills at the 2016 federal election.

Immediately prior to his election to parliament, Peter was most the Executive Director of Corporate Affairs, Strategy and Communications at SBS. He also consulted on strategic and corporate advisory, government relations and communications.

Peter has worked as a foreign policy and national security adviser and as a senior international adviser to the Federal Government. He has been a consultant for Hawker Britton and a non-resident Adjunct Associate Professor at the Centre for International Security Studies at Sydney University.

Prior to these appointments Peter was based in New York providing political risk consultancy to government, multinational corporations and Wall Street Financial institutions. Peter has been a Visiting Fellow at the Brookings Institution in Washington DC.

Peter has testified before the US Senate Foreign Relations Committee (including before then Senator Obama) and has published widely including in the New York Times, Guardian (UK), the Australian, the Age and Sydney Morning Herald. He has made regular appearances on ABC programs such as Lateline and the Drum, as well as PBS Lehrer Newshour, CNN and the BBC.

In October 2015 he was announced as one of the new Victorian Multicultural Commissioners. Peter is on the Research Board of public policy think tank the McKell Institute.

Peter has Degrees in Law and Arts from Melbourne University and a Masters of International Laws from the ANU.