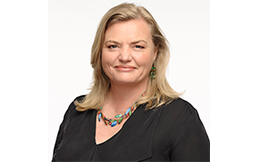 Fiona Eagger is one of Australia’s most versatile producers. With Deb Cox, she formed Every Cloud Productions in 2009 with an aim to produce high-quality television based on intelligent writing, exceptional character development and nuanced performances. Fiona has since been responsible for producing breakthrough series Miss Fisher’s Murder Mysteries, executive producing Indigenous drama The Gods of Wheat Street, and was executive producer and producer on Every Cloud’s latest series for ABC, Newton’s Law.

Her first television drama series credit as producer was the 13-part ABC TV series Mercury, starring Geoffrey Rush. She then worked with CoxKnight developing and producing the 13-part series CrashBurn.

Her other credits include the acclaimed The Society Murders, telemovie The Informant (for Screentime) and Series 1 & 2 of drama East of Everything. With her production company Twenty20, Fiona produced the award-winning feature film, Mallboy. Fiona also worked with award-winning director Sarah Watt as producer on the family animation The Way of The Birds.

In 2016 Fiona was the joint-recipient of the Jill Robb Award for Outstanding Leadership, Achievement and Service to the Victorian Screen Industry, which recognises Victorian female screen practitioners who have shown leadership through their achievements and involvement in the industry.