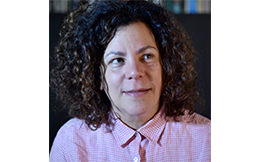 Rose made her first short film during her graduate studies entitled, Let’s Go Back to My Apartment and Have Sex, in 1990. After making several short films, she created the lesbian cult classic of the 90’s, Go Fish. It was a knitty gritty, extremely low budget film that revolved around a particular lesbian group of friends in Chicago, inspired by the experiences of Troche and her friends. The film earned a major distribution deal at the Sundance Film festival. Rose’s next film was Bedrooms and Hallways, a film that explored the romantic complexities of a group of gay, straight, and undecided characters.

In 2001, after the release of The Safety of Objects, Troche began to dabble in the world of television. She directed a second season episode of HBO’S award winning series, Six Feet Under. Her next project was the direction of an episode of the television series, Touching Evil. After becoming accustomed with the television/cable world, Troche began to collaborate with Ilene Chaiken, the creator of the Showtime series, The L Word, the first lesbian centred program offered on a major television network. This led to directing episodes of Ugly Betty and Law & Order.

Most recently, Troche has turned her passion for unsettling the status quo to the narrative story telling opportunities of VR. Her new pioneering VR works include Perspective Chapter 2: The Misdemeanor and If Not Love, which featured as part of the Sundance New Frontier program and exemplifies the new kind of storytelling that is only possible in VR.

Imagine a new world of storytelling, information and entertainment; a new way to communicate with each other and engage audiences with the big ideas and issues of our time, a whole new world built from the ground up.  In this session, our panel of virtual reality creatives explore the power and possibilities of VR in creating […]

In Conversation with ROSE TROCHE

Multi-platform director, producer and screenwriter Rose Troche (The L Word, Go Fish, Concussion) will be sharing her experiences as a boundary breaking content maker. Troche’s directorial feature debut, Go Fish, premiered at the Sundance Film Festival in 1994 and became a cult classic, she also produced last year’s festival favourite Concussion . Across over a […]