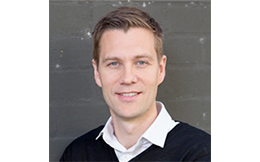 Joseph has developed, directed and produced high end, prime time documentaries for most of the major broadcasters in Britain and America, working for many of Britain’s leading production companies. He started as Commissioning Editor for SBS in January 2012 and became head of Documentaries in June 2016. His shows at SBS range from returning series, ‘Who Do You Think You Are?’ to landmark science ‘Uranium: Twisting The Dragon’s Tail’, to provocative single documentaries that explore contemporary Australia ‘Is Australia Racist.’

Joseph will be co-hosting a Roundtable with Susie Jones at this year’s SCREEN FOREVER Conference, representing SBS Documentaries.

Joseph and Susie will be taking pitches for hour long documentaries – singles or series, in the areas of History, Science, Contemporary and Indigenous documentaries.

Please be aware that SBS does not commission natural history, travel or lifestyle docs.