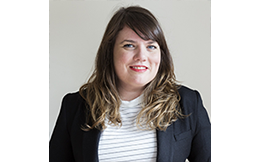 Susie Jones joined SBS as Commissioning Editor of  Documentaries  within the television and online content division in 2016.

Susie brings extensive experience to SBS and most recently oversaw the development of productions for all networks at Matchbox Pictures, including SBS commission Date My Race. Prior to this, Susie spent over ten years as a freelance producer for a range of content across SBS, ABC, Network Ten, Nine Network, Seven Network and the Discovery Channel, including the 2010 AFI-nominated documentary feature Rudely Interrupted (ABC), Undercover Boss (Network Ten), Myf Warhurst’s Nice (ABC) and The Secret Millionaire (Nine Network).

Susie will be co-hosting a Roundtable with Joseph Maxwell at this year’s SCREEN FOREVER Conference, representing SBS Documentaries.

Joseph and Susie will be taking pitches for hour long documentaries – singles or series, in the areas of History, Science, Contemporary and Indigenous documentaries.

Please be aware that SBS does not commission natural history, travel or lifestyle docs.