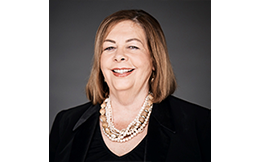 Sue Masters is one of Australia’s most acclaimed producers and executive producers and has won all Australia’s film and television awards as well as a multiplicity of international honours. She has been Head of Drama for ABC TV and was responsible for several series of Seachange, Something in the Air, Grass Roots and Changi during the 1990s, and in 2000 to 2009 was Head of Drama for Network Ten during the production of Secret Life of Us, White Collar Blue, Mary Bryant, Tripping Over and many high end mini-series and series.

Before producing Prisoner, Brides of Christ, Paper Man and multiple seasons of G.P. Sue was a writer on the US series The Loveboat after a Specialist Traineeship at the BBC. As a writer, script and story editor, Sue has worked on hundreds of hours of Australia’s finest dramas and in 2011 wrote and produced the documentary feature, Fighting Fear. Sue joined SBS as Executive Producer for Drama in August 2014. Her first drama for SBS The Principal, aired in October 2015, with Benjamin Law’s comedy The Family Law previewing in January 2016. Blackfella Films Deep Water 4×1 hour drama TX in October 2016. Upcoming is Essential Media’s Sunshine airing 14 October 2017.

Sue will be co-hosting a Roundtable with Karen Radzyner (Commissioning Editor Scripted) at this year’s SCREEN FOREVER Conference.

Sue and Karen will be taking pitches for contemporary dramas that sustain 4 hours of television, and low cost narrative web series ideas for SBS OnDemand.

We encourage ideas that focus on hot button topics that instantly generate water cooler conversation and cross platform opportunities. We do not commission sketch comedy.