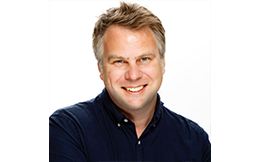 Josh Martin is an award winning producer and director with extensive experience in the entertainment, food and factual genres. Josh joins SBS from Essential Media and Entertainment, where he worked as Executive Producer, overseeing production and development of their entertainment, lifestyle and food slates across Australia and the US. He has directed and produced some of SBS’s most popular food and travel series, such as Gourmet Farmer, Shane Delia’s Spice Journey, Mexican Fiesta with Peter Kuruvita, Island Feast with Peter Kuruvita, Gourmet Farmer Afloat and For the Love of Meat with Matthew Evans. More recently, Josh was the Executive Producer and creator of #Shelfie with Dan Hong – winner of the Innovation and Best Lifestyle awards at the 2017 Online Video Awards.

As Supervising Producer of Foxtel’s Music Channels, he oversaw hundreds of hours of content ranging from documentaries, game shows, large scale OB’s, and live studio shows, including the Big Day Out broadcasts, Live Earth Australia and the ARIA Red Carpet Shows. At Channel 9 Josh was a producer on the long running travel series Getaway, as well as producing the observational documentary series Young Doctors. Josh began his career as one of the original shooter producers on Australia’s first digital multichannel, FLY TV (now ABC2). For the ABC, He’s worked on shows such as Strictly Dancing, Mondo Thingo, Schools Spectacular and JTV.

Josh will be hosting a Roundtable at SCREEN FOREVER this year, representing SBS Food & Entertainment.