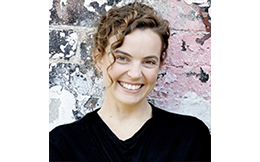 Karen Radzyner brings to her new commissioning role at SBS, her expertise garnered from the creative producing and funding agency landscapes. As a producer, her focus has been on director-driven films and quality narrative television.  Her credits include BEING VENICE (2012), poet Miro Bilbrough’s debut feature; many lauded short films; and two multi-award-winning TV mini-series – PAPER GIANTS: THE BIRTH OF CLEO (2011) and TWO TWISTED (2006). She spent much of 2014 in the Development team at Scott Free Films, London as part of a highly sought after Screen Australia placement. Karen has consulted for many years with Screen Australia’s Producer Offset Unit. As an executive at Screen NSW, Karen worked across the production and development slates, most recently running Screen NSW’s flagship feature film development program Amplifier: Adaptation. Joining SBS in 2017 as a Commissioning Editor: Scripted, Karen’s experience brings together the different facets of creating ambitious content.

Karen will be co-hosting a Roundtable with Sue Masters at this year’s SCREEN FOREVER Conference.

Sue and Karen will be taking pitches for contemporary dramas that sustain 4 hours of television, and low cost narrative web series ideas for SBS OnDemand.

We encourage ideas that focus on hot button topics that instantly generate water cooler conversation and cross platform opportunities. We do not commission sketch comedy.